Blockchain is the powerful next level impact on marketing 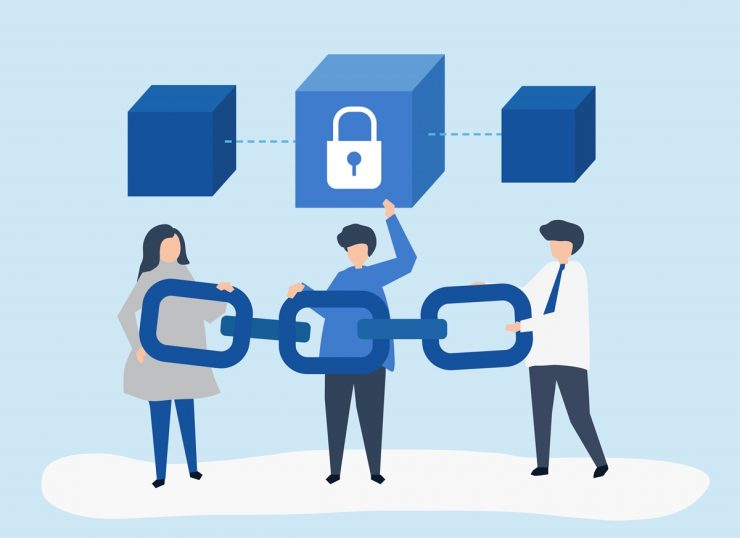 Blockchain is currently quite a buzzword. It’s a technology that has been among us for a few years already but that not many yet fully understand. Yeeply would like to work around your doubts regarding Blockchain once and for all and imagine some of its possible applications to a field such as digital marketing. Welcome to the future.

Let’s start with the very basics. Blockchain technology consists of a system that enables data to be transferred in a secure and decentralised manner. Blockchain can be compared to an accounting ledger that collects all the transactions that have been made.

The difference is that, in this case, data are encrypted and divided into small blocks and distributed among the different nodes that make up the network. These nodes are responsible for registering and validating a transaction without the intervention of an intermediary.

This boosts security because − once verified − data cannot be deleted or modified and are added to a chain of verified permanent blocks.

Although Blockchain emerged hand in hand with Bitcoins, this technology can be applied to anything that requires an exchange of information: medical records, signing contracts, food product traceability, insurances… There are no limits.

The advantages of Blockchain are, beyond its specific applications, indisputable for both companies and users:

A change in the way of collecting data

Currently, we can all access the internet but, in order to do so, we have to go through an internet provider and a web browser. These companies know everything about us: browsing habits, time spent online, what we read or buy, etc.

An important lesson we have all learned in recent times is that our data is a commodity that’s available to advertisers (just think about Facebook and the Cambridge Analytica scandal, for instance).

How will this affect online advertising if, unlike what’s currently the case, user data is inaccessible to advertisers? If this were the case, data collection would depend exclusively on the potential customers’ will to surrender data and on their interaction with brands to fill the gap.

This means that in the not too distant future users themselves would voluntarily decide what kind of content and ads they want to see. Advertisers will have then to conceive new ways to reach them.

Loyalty programmes based on loyalty cards could see their days counted as we know them. Blockchain technology can change the way in which these programmes are devised by companies, which currently force users to have several cards, gather points, claim prizes or discounts, etc.

Blockchain enables different loyalty programmes to be assembled into the same application. This way, users won’t need to physically have or show any loyalty card or the like.

The system would automatically allocate the points that you’ve earned when it verifies that you have made a purchase in a store participating in the programme. Loyyal or Vexanium are a couple of companies that are already working on creating such decentralised platforms.

Nowadays, display advertising can be difficult to manage. And to make matters worse, it’s virtually an oligopoly of technology giants Facebook and Google. Moreover, there’s no sweetening for the user whatsoever: they are usually intrusive, annoying and monopolise much of the data plan.

An alternative that already exists is Brave, an open-source browser based on Chromium. This browser concentrates on user privacy, shares the least possible amount of data with advertisers, and rewards users with a token they’ve called ‘Basic Attention Token’ (BAT), which is based on Blockchain.

Under the system set out by this browser, advertisers buy ads with BATs while users are rewarded with BATs for seeing ads and can then use these tokens to reward their favourite content creators.

Although its scope may not be as massive, this kind of advertising could be more effective. This is due to the fact that the ads that are shown are being chosen by the user, consequently generating more engagement.

Consumers would have more confidence in online shopping, since the possibilities offered by Blockchain as to a product’s traceability are impressive. Problems such as counterfeit products or scams would cease to exist because all the data would be in the user’s possession.

What do you think about these Blockchain marketing applications?

The possibilities offered by Blockchain technology are endless. However, the truth is that many of the applications that we have been discussing are at the moment in their early stages of development and we still have to see how they evolve.

What is certain is that, if some of them become established and widely used, the way in which digital marketing actions are planned and carried out will change radically.

You must always have the most knowledgeable digital partners by your side if you want to prevent your company from falling behind. Easy2IT has the best qualified professionals and they are ready to start working on your project. Shall we get started?